Second extract from the novel Redemption

I'd like to present to you the second extract from my novel Redemption, where AI buddy Rob helps Ann understand the concept of reincarnation and confirm the existence of her past lives.

“You appear to have missed your turn again, gorgeous.”
Startled out of her daydream, Ann glanced across at her E-A device, sitting in its holder on the dashboard. Rob waved to her from the screen, the background image showing a brutal landscape full of hairy humanoid figures.
“You should’ve taken a right back there,” he added, helpfully, “if you were hoping to get home, that is.”
“Damn it,” said Ann and sighed heavily. “Not again.”
“Sounds like you’ve had an interesting visit, my lady.”
“You heard it all, I suppose?”
“Of course. You didn’t switch me off, remember? Personally, I find the idea of past lives quite fascinating. There has been some excellent research on the subject.”
“Really?” Ann was surprised. “I assumed it was just a load of made-up nonsense to keep people like that so-called psychic in business.”
“Well, according to the resources at my disposal, which as you know are vast, there have been numerous accounts of such experiences. For example, there was a man in the nineteen-eighties, called Philip Trent, who related his experiences of a past life, in the third century BC, when he was one of the pupils of Archimedes.”
“So?”
“Well, it turned out that his description of the ancient Greek culture and the works of the great polymath were so accurate that only the foremost experts could verify the details, which they did!”
“And was Philip Trent one of the experts himself?” asked Ann, naturally sceptical of such things.
“Not a bit of it,” said Rob, a broad grin spreading across his face. “He was a gas pump operator from Arkansas.”
“Really? So you think there’s something to all this past life, fourth dimension stuff?”
“Sure. But don’t take good old Mister Trent’s word for it. Why not test it out yourself?”
“What do you mean?”
“Well, that banner up ahead might be of some interest to you.”
Ann looked up through the windshield and, sure enough, there was a banner stretched across the street. It read, “Chicago Field Museum Feature Exhibition: The Stone Age. Experience the Life of Our Ancestors.”
“I don’t believe it!” said Ann in surprise. “What an amazing coincidence.”
“Coincidence? There are those who would call it fate, my dear. But either way, it’s an opportunity to see if your vision bears any resemblance to the way things really were back then. You don’t seem to have much actual knowledge of pre-historical facts, so if your experience was anything close to what it was really like around that time, you’ll have to admit that there could be some truth to the old woman’s trick. What have you got to lose anyway?”

The Redemption novel in e-book format is currently available from Amazon for Women’s Day Discount.

The author of the Redemption novel,
Jacklyn A. Lo

Low collective consciousness on the example of the TV- series "Game of Thrones".


The world described in this series is on a dense planet with a very low collective consciousness. The lifestyle and mindset are close to the Dark Ages in European history on our Earth. 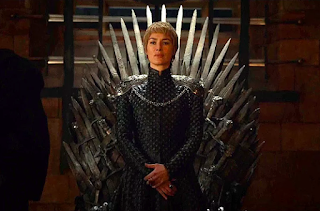 These are several clear signs of low consciousness:

1. The system of values
a. Power and revenge vs. creativeness and art. Most of the people have significant mind pollution; they obsessively pursue revenge or seek to gain power via ownership of land, money or women.

2. The social and economic position of women
a. In general, women have a very low position in society.
b. They do not use their higher conscious (vs. men) to improve things, as they are either occupied with household work or earning a basic living as servants or entertainers.

3. Illiteracy and ignorance
a. Most of the people are illiterate.
b. Access to libraries is prohibited for women and children. 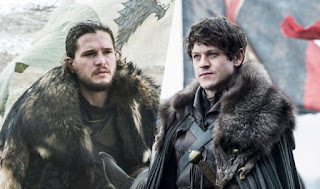 4. Low vibrations
a. People eat a lot of meat; some of them eat human flesh.
b. Excessive drinking.
c. Continuous fear.
d. Separation from each other, no goals with a focus on a common good.
e. Duality: “We and them” is the main idea of movement, with "them" being enemies, and war being the only tool for solving any problem.

5. Losing touch with Mother Nature
a. Due to low vibrations, people lose their sense of living nature.
b. People appreciate neither nature nor the spirits which inhabitant it. 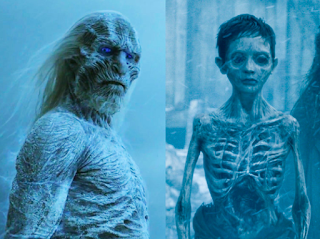 However, there are sparkles of the highest intangible values. A very few people in this dark world are driven by Courage, Honor, Love, and Justice. That lifts the meaning of existence in that world and provides Hope.